<br/ >
Labradorite
one of a series on Feldspar

Would you like to know more about any of the Feldspars that we covered? Here they are again: Amazonite, Labradorite, Moonstone, Sunstone.

Today’s stone, Labradorite, is well-timed: discovered in Canada, it’s the perfect stone to look at on Canada Day! We hope our Canadian friends enjoy the day as well as reading about this special stone. Happy Canada Day!

This lovely prismatic form of plagioclase feldspar was first recognized by modern man in 1770, when it was found on the Canadian peninsula of Labrador and the islands nearby. However, the Inuit of the Newfoundland area had been fashioning labradorite talismans for centuries, believing the stone projected what we call the Northern Lights into the sky, and named the material “fire rock.”

This seven pound chunk of rough labradorite is from Madagascar. It was photographed wet to show the labradorescence. Notice the small, dry, gray corner on the upper right; doesn’t look like much, does it? Private collection, Dale Armstrong.

Opaque to translucent labradorite can be found in color combinations from white to gray and black, both dark and light. The play of colors exhibited by labradorite include shades of blue, green, gold, red, violet and orange. Rare, transparent labradorite without any internal fractures is considered to be facet grade. The sodium-poor, calcium-rich mineral composition of labradorite has a Mohs hardness of 6 to 6.5 and cleaves perfectly on two angles. Combine this double cleavage with this special feldspar’s many schillers and we all turn a polished labradorite cabochon or bead this way, and then that way, trying to orient the play of color to its best advantage before we capture it in a jewelry design. It is even more difficult to orient when slabbing for lapidary use! 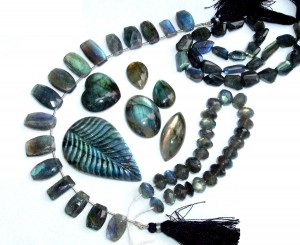 A small selection from Dale Armstrong’s labradorite bead and cabochon collection, from various locations around the world.

As I described schiller in the Amazonite profile, in labradorite, besides these thin crystalline plates, there is also the addition of many self-healed fractures and metallic rutile inclusions. All of these ingredients reflect light back and forth between them, splitting the light into a spectrum of colors, causing (are you ready?) labradorescence! Yes, this phenomenal stone has a term that was invented just for it – pretty cool. 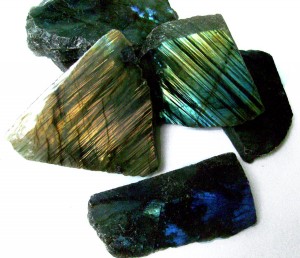 Notice the reddish-gold schiller in the polished slab on the left and the blue schiller on the right. For comparison, the slab on the very bottom is unpolished. All specimens pictured here are from Madagascar.

Labradorite is found in several locations around the world including the United States and Australia; however, the gem quality popular with the jewelry making industry is only mined in a few countries: Canada, Russia, India, and Madagascar.

There is such an abundant supply of gorgeous, “high flash” gray labradorite material to be found on the island of Madagascar that it is carved into all sorts of both ornamental and functional items. Visiting this gemstone rich island’s vendors at the Tucson gem shows, I saw labradorite platters, coasters, clock faces, candle holders, and an assortment of spheres and three dimensional carvings in a variety of sizes. How would you like to have a kitchen countertop or your bathroom sink made of labradorite? What about a labradorite door knob? It is possible!

War usually doesn’t produce the positive results desired, but during the Russian-Finnish war in 1940, the most beautiful of all labradorite was accidentally discovered in Finland – Spectrolite! Stories say that a group of Finns were mining rocks from a quarry to build an 80-mile barricade to slow down Russian tanks and noticed that the rocks flashed blue and green during the lights of battle. This labradorite material has few internal fractures and its very intense labradorescence shows all of the color spectrum possible; thus the Professor of Geological Survey of Finland, Aarne Laitakari aptly named this material Spectrolite. This very fine grade of labradorite officially carries the trade name Spectrolite and is only found in certain areas of Scandinavia, but it can be purchased all over the world. 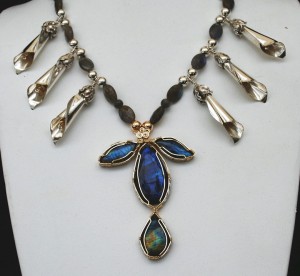 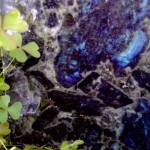 Natural larvikite almost resembles a reconstituted material, but it’s not!

Like most gem-rocks in the feldspar group, there is no need to try to imitate labradorite. However, in southern Norway a base rock containing small to medium sized chunks of potassium feldspar is quarried for construction uses. This rock is named larvikite, now known as the official stone of Norway. This igneous material can incorporate many other minerals besides feldspars and may carry such labels as blue granite, black moonstone, Norwegian pearl granite, black labradorite, and Larvik granite. Whatever the name, beautiful larvikite blocks and slabs cover the faces of buildings around the world.

Growing up, I remember calling labradorite the butterfly stone because the lovely iridescent blue reminded me of the Blue Morpho butterfly. Of course, this rock has nothing to do with butterflies, but it is one of the most spectacular gem-rocks used in the jewelry making industry today and it is often used to portray all types of insect wings within jewelry designs.

According to Melody, labradorite carries all of the same metaphysical properties as the bulk feldspar group, and adds the protection of one’s aura. This protection helps to “keep the aura clean, balanced, and free from energy leaks.” Both labradorite and Spectrolite are said to be associated with the astrological signs of Sagittarius, Scorpio and Leo.

Labradorite is a very popular stone with wire artists! Several readers sent in their wire wrapped labradorite, as you can see:

All colors and forms of labradorite are popular with the Wire-Sculpture Faculty!

Next week I will tell you a little about another member of the feldspar gem-rocks group that has been called “white labradorite” – moonstone! Have you wire wrapped moonstone before? Send pictures to tips@wire-sculpture.com and they could be featured! 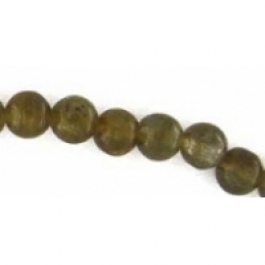 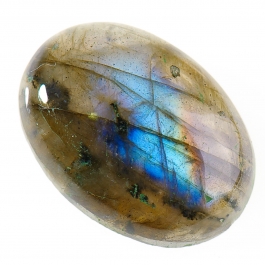