See Yourself as a Creative Thinker-Part II By Karen Meador, PhD

If you missed Part 1 of this series, you can find it here! 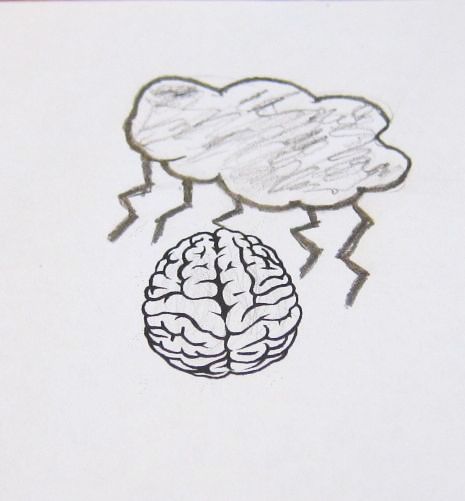 See yourself as creative and you will likely recognize the importance of brainstorming. This builds a strong foundation for creative thinking. We all use limited brainstorming from time to time in life and in our jewelry making. It’s simply the generation of multiple ideas or possibilities in hopes of coming up with something usable. For example, while preparing to string the final strand of a multi-strand bracelet one day, I ran out of the medium beading wire that I rely on. The beads I was using were medium sized, but relatively heavy. I brainstormed several possibilities for solving this little problem. I could drop everything and run to the store; call a friend and borrow some; make the bracelet two instead of the three strands that I had planned; use the lighter wire that I had and double it; make the bracelet another time; use Fireline (fishing line) on a needle to string the beads; take the whole thing apart and use memory wire; etc. After running through myriad possibilities, I selected complementary small beads and strung them on one piece of the lighter wire for use as the middle strand of the bracelet. I brainstormed my way out of this little predicament.

In art, including jewelry making, I believe there’s a difference in brainstorming to find a solution to a simple problem as in the above case of the bracelet and in attempting to develop an original idea for use on a unique piece. The following rules of brainstorming are important for both objectives; however, I find them imperative when you are seeking novelty.

When brainstorming we want to (1) generate many ideas. It’s easy and quick to just think of a couple of ideas and use one of them; however, those first ideas are usually the most common. So, if you’re aiming for originality, you really have to keep thinking. Consider the fact that the more common ideas need to be purged in order to get to the unique ones. Often, we brainstorm and the ideas come quickly at first and then they just stop. That’s when it’s important to think beyond this impasse and keep trying. Often the more novel ideas come after the lull.

I think rule #2 is the most difficult.  Don’t criticize your ideas. It’s important to list or draw all your ideas even if you think one is completely absurd. Eliminate judgement and capture every idea. This can be especially difficult when brainstorming with a group of people. Though that is less likely when designing jewelry.

Hitchhiking (3) involves grabbing onto another idea and changing it a bit. In the bracelet example, I hitchhiked on the idea that I could use double strand of the light wire by adapting it to a single strand with lightweight beads. Have you ever hitchhiked on an idea you viewed on Pinterest or Etsy? Did something you saw give you an idea for your own work?

Finally, rule #4 encourages thinkers to get out of the comfort zone and brainstorm ideas that may seem outlandish. Is it really a good idea to think of wild ideas for your jewelry designs? Absolutely! Some of those ideas can actually be developed into novel and appropriate pieces. Also, by allowing yourself the freedom to generate wild ideas, you have helped release a bit of inhibition that may have been holding back your creative thinking. If you haven’t had a chuckle or two while brainstorming, you probably haven’t entertained any wild ideas and you’ve cheated yourself. No one said you had to actually use a crazy thought; yet, just freeing yourself to think does aid creative thinking. If you have ever brainstormed with a group you may have noticed that once the first wild idea is out there, many more follow and people find they are having a good time with the process. Humor has always been an integral part of creative thinking.

As an example, I’ve been brainstorming new ways to create headpins. Instead of store-bought or torch made balled headpins, I wanted to brainstorm how to create a headpin from just one piece of wire without using a torch. I started by doodling and drawing my ideas. Below are my first thoughts. 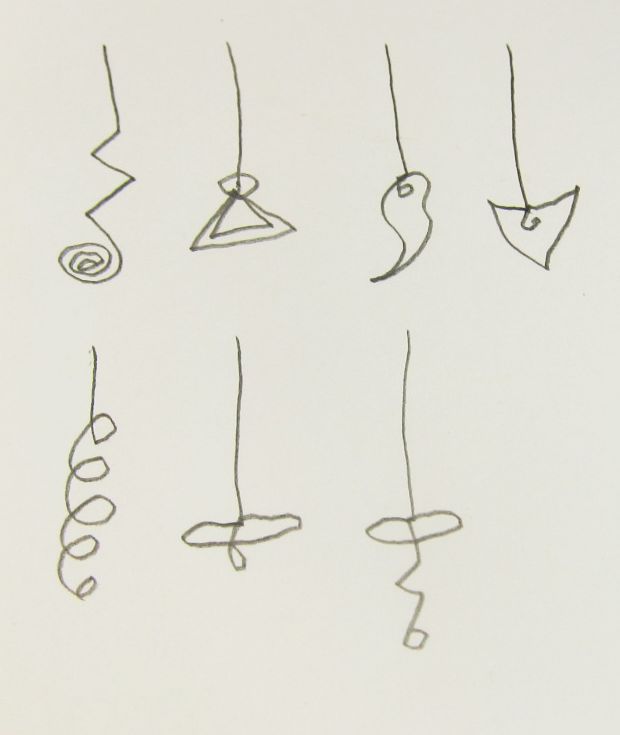 You can see that I didn’t have very many ideas even though I was supposed to list a quantity of possibilities (rule #1). Also, I could easily have broken rule #2 by criticizing the last two ideas before I drew them. They just don’t seem as likely to work, but I jotted them down anyway. You just never know what might hatch from an idea in brainstorming.

After a lull in my brainstorming, I remembered I could hitchhike on some of my ideas; so, I kept trying and added more. These are not all the result of hitchhiking, but the possibility of adding onto or changing an idea got me going again and led me to other options. 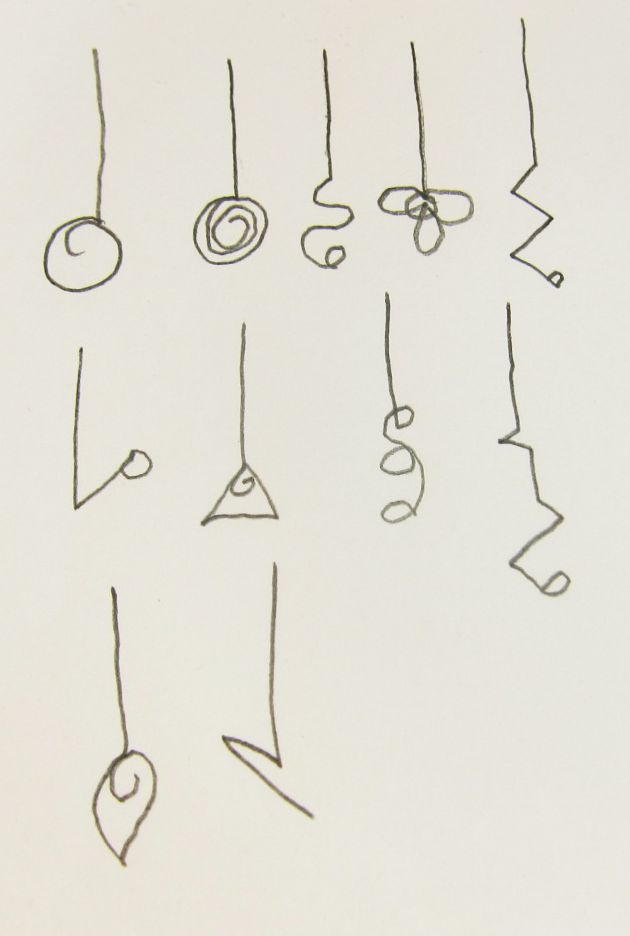 Finally, I spent a few more minutes considering what might be a wild and crazy idea for making a headpin. I tended to think of outlandish things I could add to the head pin, but stuck with the original parameter of just using one wire. 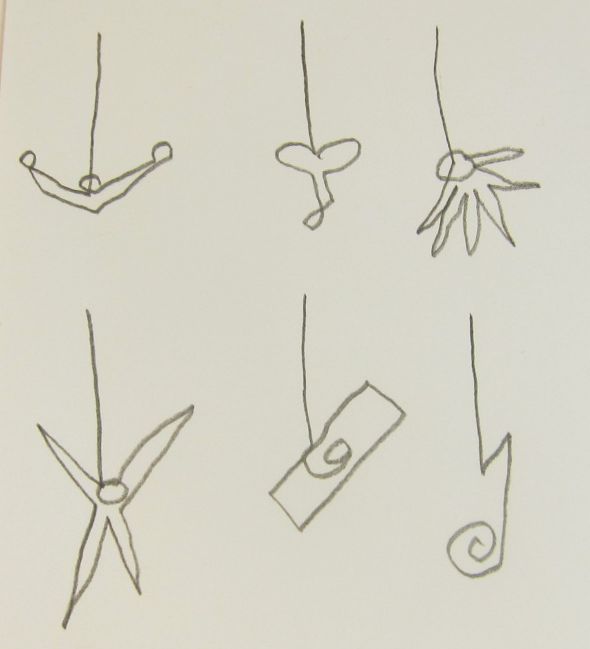 I’ve attempted to clarify these rules of brainstorming in separate paragraphs with the examples; however, please do not think of them as steps in the process. When brainstorming, try to be conscious of all the rules at once. For example, a “wild and crazy” idea may come at any time including the early part of the thinking as may an idea built on “hitchhiking”.

At times, I find that my brainstorming for something using wire is more prolific if I actually manipulate pieces of wire rather than drawing. The photo below shows some headpin ideas I brainstormed in this manner. If you are manipulating wire and create something that you don’t like or you think won’t work, DO NOT toss is out. Just keep it since this could lead to another usable idea. 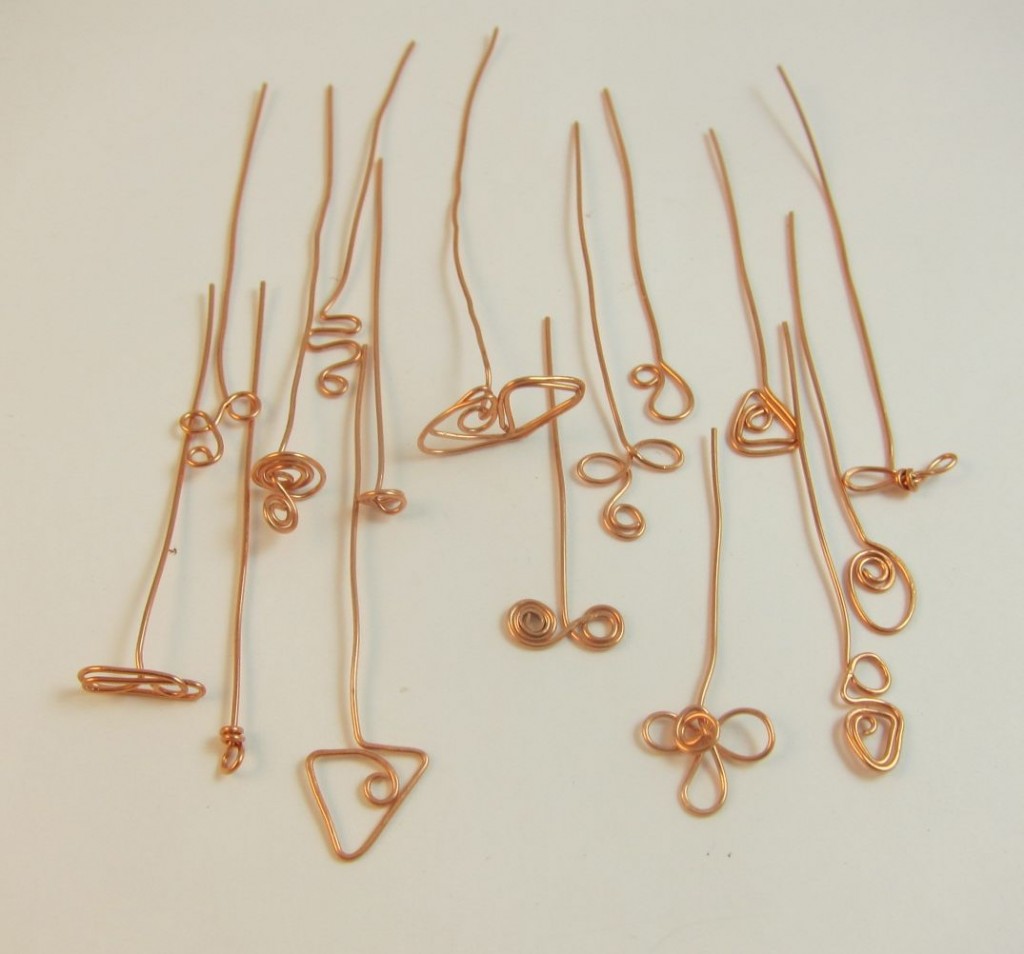 Note that not all of my brainstormed ideas produced usable examples of headpins. A few of them are novel and appropriate, but many are not. So, was this a waste of time? Of course not. Brainstorming provided several options for headpins that I’m going to use on earrings, dangles, etc. I actually used three new ideas for headpins on the necklace shown below. If I had not brainstormed, I would be making the same headpins I’ve used for years. I’ll keep my drawings and wire examples for possible use another time. Brainstorming also stimulated my brain and helped me “see myself as creative.” Oh, and by the way . . . it was fun. 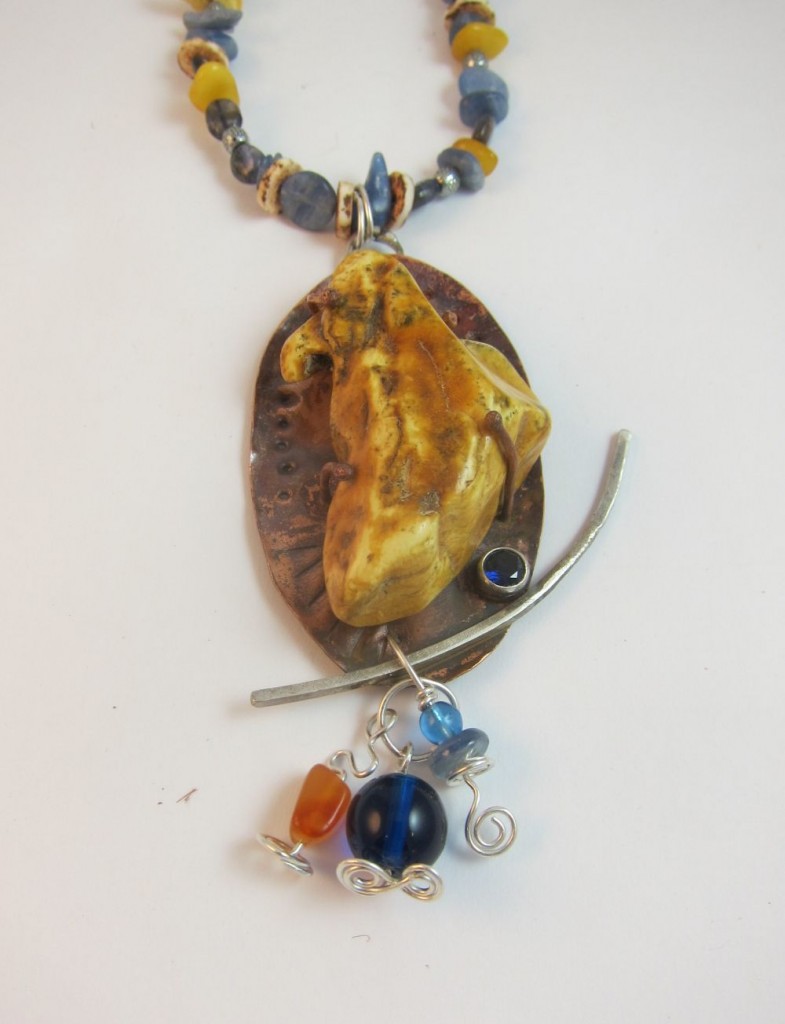 In Part III of See Yourself as Creative, let’s consider Fluency, Flexibility, Originality and Elaboration in jewelry making. In the meantime, practice brainstorming.