Gem Profile May 31: What is Dumortierite?

Last week, I took my car to the shop because it was not running very well and would feel like it was misfiring when I hit about 40mph. I thought it was either the spark plugs needing to be replaced, or the engine was about to blow up… it’s a Ford, it could happen. Much to my relief, the engine was fine; it just needed to have the spark plugs changed. So, what do my car woes have to do with a deep violet/blue Aluminum Borosilicate Hydroxide mineral? Well, you know the high grade ceramic tips used in spark plugs… they’re made with dumortierite!

Due to its hardness, 7-8.5, dumortierite (doo-MOHR-tir-ite) is used not only in industry, but also as an ornamental stone, for countertops, and in jewelry. Dumortierite is great for cabochons since it has beautiful fibrous inclusions within the crystal and a vitreous translucent luster. Because of the fibers contained within the stone, it is very durable and can be difficult to facet, though some of the finer-grained specimens will take a facet and have been used for beautiful carvings. 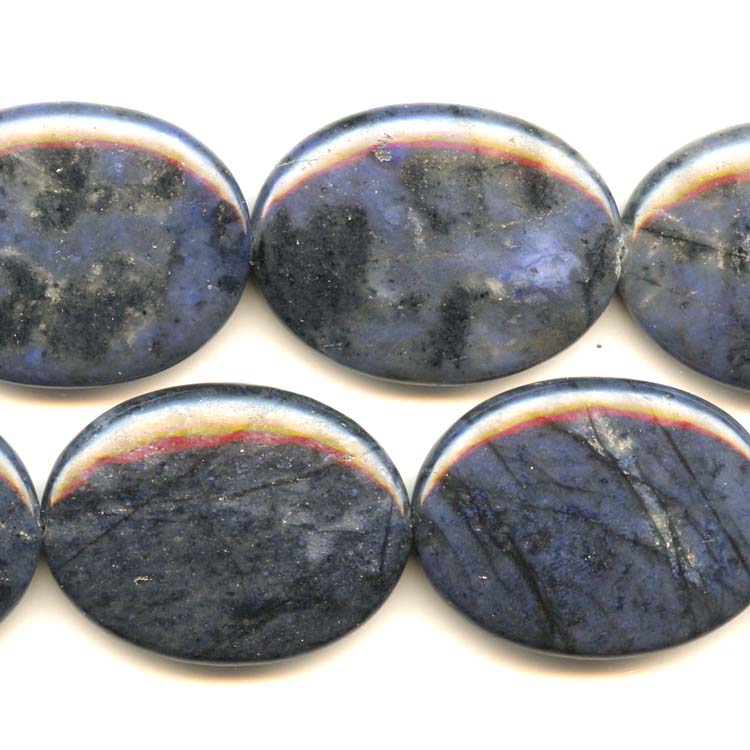 Dumortierite is also fairly rare and often mistaken for lapis or sodalite due to the vivid blue color of the stone. One way to tell dumortierite from sodalite or lapis is that sodalite has calcite distributed throughout the stone, and lapis is interspersed with pyrite. Dumortierite doesn’t have these white or gold-metallic flecks. Lapis is also a brighter blue color, where blue dumortierite is more a deep denim and is fibrous. Now to really throw you a curve… there is also dumortierite that is purple similar to lepidolite, but again is fibrous with no mica flecks and cannot be scratched with a knife.

How Dumortierite was Discovered

So, how did dumortierite get its name? Well, I’m glad you asked! Dumortierite has the pleasure of being named after the person who discovered it; Eugene Dumortier who was a French paleontologist from Lyon, France. One day, November 13, 1879 to be exact, Dumortier and Ferdinand Gonnard, a colleague, were near Lyon doing some field work when they came across a beautiful blue fibrous mineral in one of the gneiss blocks they were working on. They took a sample and headed back to the lab.

After testing and deciding that this was a new discovery, Gonnard published a paper in 1881 naming the stone after Dumortier. Since then, deposits of dumortierite have been found throughout the world in France, the United States, Canada, Madagascar, and Russia. 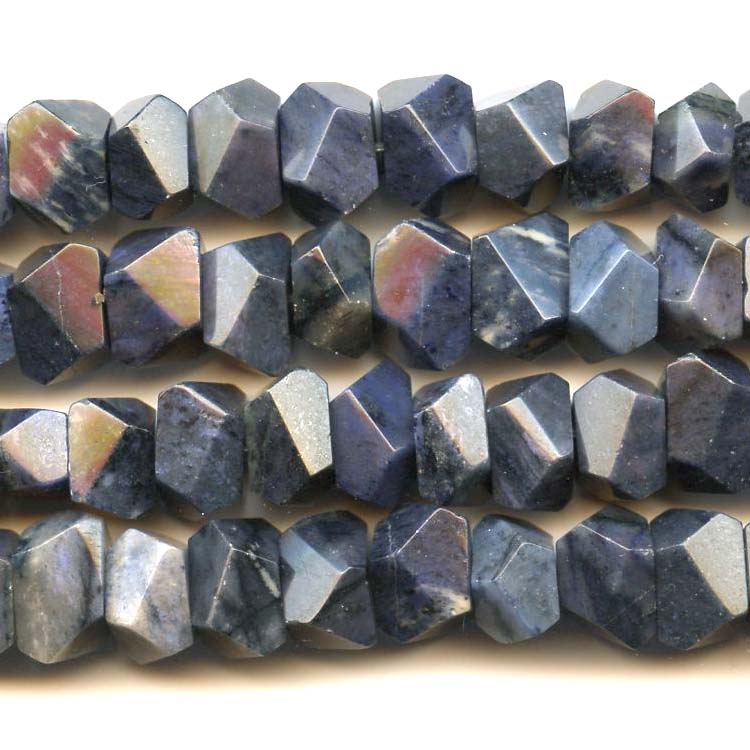 Since I had to get my car fixed and can’t afford a plane ticket, I think we’ll skip France and Russia this road trip and hit California instead! In addition to California, dumortierite is also found in Arizona, Colorado, Nevada, and New York. Since we visited Northern California last week, we’ll stick to Southern California this week. The dumortierite mined in Southern California comes from the Dehasa mine Northeast of San Diego. The mine is not open for tours, but that’s okay, because there’s plenty to do in San Diego anyway! If you want to hit the beach there are plenty of great beaches, marinas and food to choose from. The Star of India is anchored in the harbor and you can tour the ship and the maritime museum, not to mention the zoo and the aquarium.

After a day on the water and a relaxing evening on the beach, get ready for a day trip to the Palomar Observatory! The best way to get there is by I-15 and CA-76, but we’re going to take the road less traveled and head up I-8 to El Cajon Blvd, turn on Washington, and keep going into the mountains until the road turns to Dehesa. If you keep following Dehesa, you’ll drive right by the dumortierite mine and may even be able to stop for a quick look. After that, turn on to Tavern Road, and it’s back to I-8. From there, turn again to CA-79 and keep going through beautiful California mountains, past Lake Cuyamaca, then Lake Henshaw and finally to the observatory (around 75 miles). The observatory is open 9-4, so get there early!

Since we’re spending the day, we may as well stay a couple and camp in some of the great campgrounds within Palomar Mountain State Park, spend time with the family, visit the lakes, hike some beautiful trails, and enjoy the wonderful scenery that California has to offer… and the beach!

Next week, we’re taking another look at Rhyolite – it’s green, blue, orange, and see-through – so what IS it? Have you made jewelry with rhyolite before? Send us pictures at tips@wire-sculpture.com and they could be featured!