The 40’s and 50’s in America were exciting times.  We saw the end of one era and the beginning of another one. The latter half of the century would see a moon landing, a wall that was built come tumbling down, Elvis Presley, the Beatles and many amazing discoveries on the scientific and medical fronts.

One of those unique discoveries was a chemical formula researched and developed by the National Lead Company. It had the cubic crystal structure and fire greater than that of a diamond. With this discovery, it looked like they had accomplished their goal. The result: SrTiO3 or Strontium Titanate. 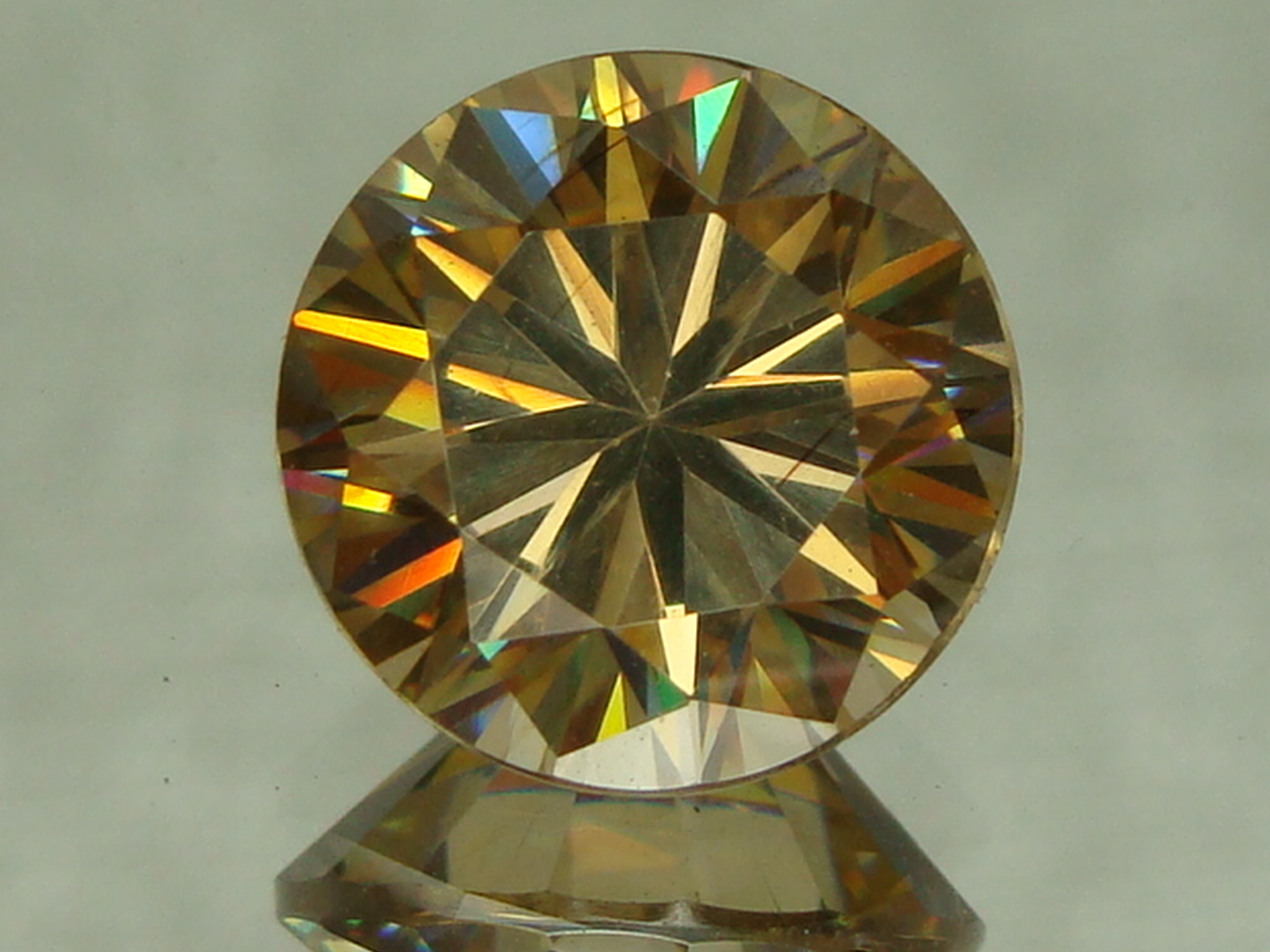 What is this stone?

Strontium Titanate quickly gained popularity in the industry for its clarity and was found to be the closest thing to diamond in appearance, though it has nearly twice the fire of a diamond. The major competition for diamond simulants at the time was Titania which is a simulated rutile compound.

However its popularity, like most, was short-lived when the stone was overshadowed by the newly created CZ. Sadly, Strontium Titanate faded into the background, but occasionally reared its pretty head in pendants and earrings.

One thing I love about the 1950’s were the futuristic names given to new products and Strontium Titanate fared no different with names like; Diagem, Marvelite and Fabulite. 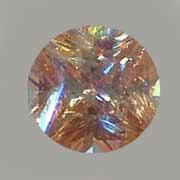 In 1982, the stone found a new interest when Tausonite was discovered in Siberia.  This crystal is small, red to brown, or gray with a translucent to opaque clarity. 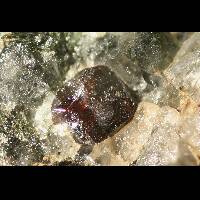 Creation and Care of Strontium Titanate:

The crystal structure is cubic and the chemical compound (SrTiO3) makes Strontium Titanate the only gemstone (that I know of) to be created in a lab before it was discovered in nature! 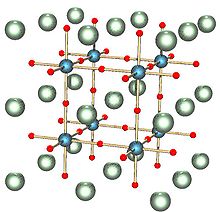 Structure of SrTiO3. The red spheres are oxygens, blue are Ti4+ cations, and the green ones are Sr2+.

Strontium Titanate is created through a process known as flame-fusion where powdered strontium and titanium are combined with oxygen in a precise manner to create a “boule” or pear-shaped crystal that is then annealed to become clear. 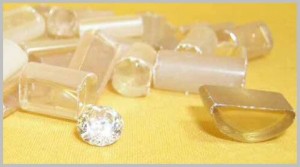 The crystal is then cooled and faceted for jewelry, used in precision optics or powdered to be used in superconducting ceramics.

A plate cut out of synthetic SrTiO3 crystal

At only a 5 on the Mohs scale, Strontium Titanate is soft and scratches fairly easily so care should be taken to store it away from other stones that could mar the surface. Use a soft cloth to clean the stone and avoid chemicals or sonic cleaners to prevent clouding and pitting on the surface of the stone. It can be distinguished from other stones by its softness and the inclusions of small gas bubbles visible under a microscope.

Strontium Titanate can also be colored light pastel colors like purple and off-white by the addition of trace elements during creation. 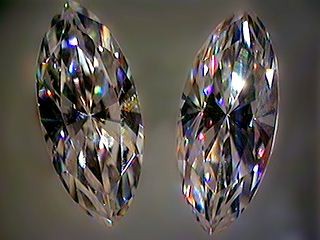 Wrapping it all up:

Today Strontium Titanate can still be found to purchase both in loose gemstone form and set in jewelry.  You may even run into some of it in the back of an old jewelry box or as a mineral sample at some little obscure rock shop.  Any way you find it, Strontium Titanate is a beautiful stone with a rich and interesting history. 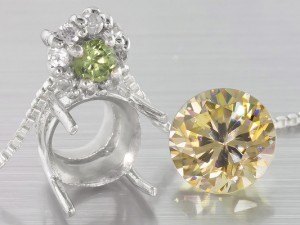 Next week in our Gem Profile we will hear about the rare and beautiful gemstone Blue John! 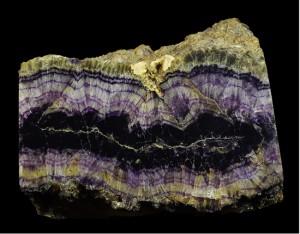 Do you have any jewelry you’ve created with Blue John that you’d like to share with us?  Send us pictures at tips@wire-sculpture.com and they could be featured!