We’ve all heard, or told, the silly jokes that come inside bubble-gum wrappers – here are a couple to start your day off with a giggle: “What’s black and white and read all over?”  Answer: The newspaper.   “What has four wheels and flies?” Answer: A garbage truck.  And best of all; “What is green, pink and yellow all at the same time?” That may be a new one to you, but the answer is Zultanite!

Zultanite is an aluminum oxide hydroxide AIO(OH) mineral from the diaspore group. These minerals form as metamorphic sedimentary ores in bauxite, the mineral mined for aluminum. Though diaspore was first found in the 1800’s, it’s never been commercially mined until recently, with the material coming from a single mine in Turkey.  It is currently the only source of Zultanite in the world 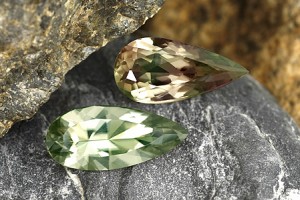 Why is it so unique?

Zultanite also has the unique property of having chatoyancy, or cat’s eye effect, when it’s cut en cabochon, which makes the color changing properties even more spectacular.  The stones are cut from eye-clean crystals and are never enhanced.  This makes Zultanite one of the most beautiful and natural stones on the market today. 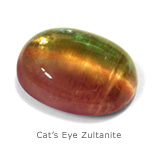 Why is it rare?

In addition to being one of the more beautiful stones on the market, Zultanite is also one of the more rare stones.  Only 50% of the crystals found in the mine are suitable for taking a facet and of those, only a fraction are deemed quality enough to become a gem.  The reason for this is the crystal structure of the stone.  Zultanite is formed as orthorombic crystals with a definite cleavage to the stone.  The lapidary yield from Zultanite is only 2% meaning that 98% of the crystal is waste material due to the orientation of the micro-crystals, abnormally large number of inclusions, and the tendency to break apart during cutting (to give some perspective on yield, most gems have a 30 – 50% yield).

Mining Zultanite can be a bit of a chore too since the mine in Turkey is located in the Anatolian Mountains and sits nearly 4,000 feet above sea level.  The miners live onsite and work with air hammers with only the light from their headlamps to chisel the crystals from the rock.  The Zultanite crystals are located in soft layers between harder bauxite and must be dug from the rock after they have been located.  Zultanite has a hardness of 7 on the Mohs scale and a refractory index of 1.7 – 1.8. 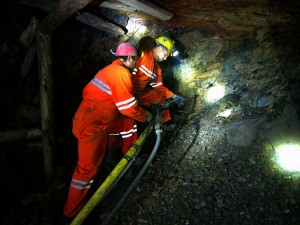 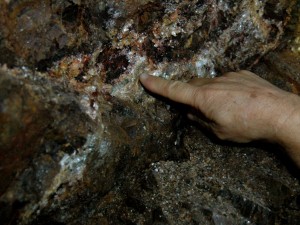 The owner of the mine named Zultanite after the 36 Sultans of the Ottoman Empire and only the stones coming from the Millenyum Mine can be called by the trade-name Zultanite.  Other diaspores in the region do have color change properties, but none like those from the Millenyum Mine. This mine also has the unique distinction of being a “green” mine.  The miners plant 10 trees for every one they use within the mine and the miners are also fully insured and paid above average wages for the region. 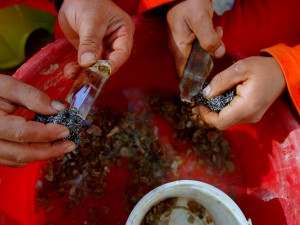 The Millenyum Mining Company also provides materials and maintenance for the village schools nearby.  On a side note; the mine owners have also encouraged people interested in purchasing Zultanite to only purchase from reputable dealers and not to purchase the stone in Turkey, its mother country!  The reason they don’t encourage purchases is due to the unethical practice of some vendors selling color changing glass at highly inflated prices to tourists looking for souvenirs within Turkey.

Zultanite has really made an impact in the gem world with its color change properties, scarcity and beauty.  Since the stone is only found in one small area of the globe, Zultanite joins the ranks of other gems, like Tanzanite and Larimar, with the unique distinction of being beautiful and very rare. 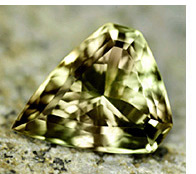 Do you have any beautiful jewelry you’d like to share with us? Send us pictures at tips@wire-sculpture.com and they could be featured!