June is here which means summer sun, vacations and fun! If your birthday happens to fall in the month of June, chances are you enjoy BBQ’s, outdoor activities and fun in the sun!

This month’s birthstone is a very beautiful one.. much like the summer son.. it changes colors and has many beautiful properties.

Alexandrite is a remarkable gem. It is one of the finest color change stones in nature, resembling fine emerald or ruby, depending on the light source. It is so rare, that most people have never seen one.

Alexandrite has a distinguished and glamorous past. It was first discovered in the Ural Mountains of Russia in 1830. The Russian imperial colors ware red and green, so it made quite a hit. It was named after Czar Alexander II’s at his coming of age ceremony.

The original source closed after only a few decades of mining. Today they have been reopened, but only produce a few carats a year. In 1987, a new find of alexandrite was made in Brazil. Later, alexandrite discoveries were made in Sri Lanka, Madagascar, Myanmar, and Zimbabwe. However, none of these sites produces as rich and vivid a color change as the original Russian source. 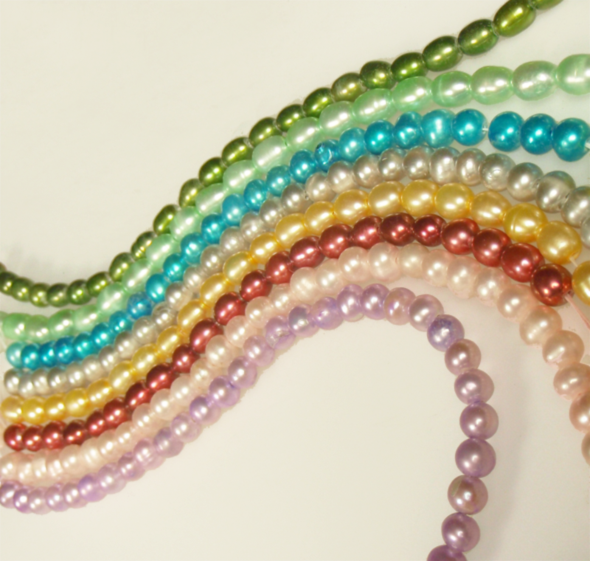 Historically, pearls have been used as an adornment for centuries.  They were one of the favorite gem materials of the Roman Empire; later in Tudor England, the 1500s were known as the pearl age.  Pearls are unique as they are the only gems from living sea creatures and require no faceting or polishing to reveal their natural beauty. In the early 1900’s, the first successful commercial culturing of round saltwater pearls began. Since the 1920s, cultured pearls have almost completely replaced natural pearls in the market.

The third birthstone for June is the Moonstone.  It was given its name by the Roman natural historian Pliny, who wrote that moonstone’s appearance altered with the phases of the moon — a belief that held until well after the sixteenth century.  A phenomenal gemstone, moonstones show a floating play of light (called adularescence) and sometimes show either a multirayed star or a cat’s eye. Considered a sacred stone in India, moonstones often are displayed on a background of yellow (a sacred color) and are believed to encapsulate within the stone a spirit whose purpose is to bring good fortune.  Part of the family of minerals called feldspar, moonstone occurs in many igneous and metamorphic rocks and comes in a variety of colors such as green, blue, peach, and champagne. The most prized moonstones are from Sri Lanka; India, Australia, the United States, Mayanmar, and Madagascar are also sources.

If your looking to create a few beautiful creations – don’t forget to get your birthstone sets today!