Aren’t you excited for the 2015 Tucson Jewelry Classes this winter, hosted by JewelryTools.com? We are!

Come learn the art of making jewelry with us, January 29th – February 9th, 2015 at the JOGS Gem & Jewelry Show. We’ll have the BEST jewelry classes in Tucson in 2015, with a wide range of jewelry instructors teaching jewelry-making classes from 10am to 6pm every day of the show. We’re planning to have the best Tucson gem show classes in town! Plan your 2015 Tucson trip around taking a class – or a few! – at the Jewelrytools.com Jewelry Classes at JOGS this February. 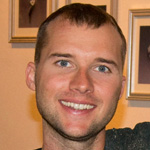 Joe Korth is a jewelry artist and metalsmith from Denver, Colorado. He was born in Berkeley, California in 1979. His first exposure to jewelry creation was in a high school art class. Joe continued his education at Eastern Michigan University where he earned a B.A. with a dual major in Philosophy and Literature.

After completing his degree in 2002, he moved to Denver and began to explore his love for the arts. He has devoted himself completely to jewelry since 2004. Joe has been an instructor at the Clear Creek Academy in Denver as well as the Armory Art Center in West Palm Beach, Florida, where he was an Artist-In-Residence from 2011-2012. Joe is currently the President of the Colorado Metalsmithing Association (COMA).

Click Below to explore Joe’s Classes this January and February in Tucson:

We are lucky to have Joe as one of our JewelryTools.com instructors this year at the JOGS show from
January 29th – Feb. 9th in Tucson, Arizona!

Find out more about our Jewelry Classes in Tucson and sign up today!