In my pursuit of unusual gems to bring to your attention, I came across one that is unusually pretty and the name is just incredible!  Maw Sit Sit, pronounced mah-sitsit, is a rare gem found only in one place in the world; Northern Myanmar (Burma).

A little about Maw Sit Sit?

Maw Sit Sit is a temperamental stone. It’s about a 6 to 7 on the Mohs’ hardness scale, but can vary from 5 to 7, depending on the mineral makeup of the stone. It is usually cut en cabochon or round beads as it is difficult to facet given the tendency to have soft spots within the material when cutting and polishing. 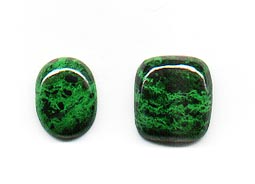 Maw sit sit was originally thought to be a form of jadeite, which is mined in the same area of the Jade mines, but in 1963 a Swiss gemologist Dr. Edward Gubelin found that it is not imperial jadeite, but an entirely new material with a high chromium content. It is however still a cousin of jade and is an aggregate of numerous minerals. 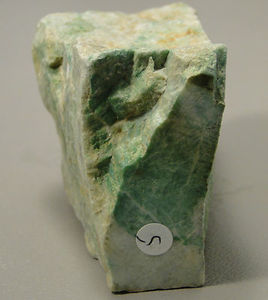 The stone is a deep emerald green to bright neon or apple green color and can be mottled, veined or striped with black or darker green. Maw Sit Sit has no real crystal structure and is formed by regional metamorphosis of igneous rocks, probably from the pressure of the Indian plate colliding with the Eurasian plate which formed the Himalaya’s. 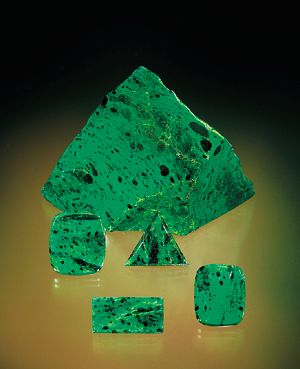 Myanmar (Burma) is nestled between Thailand/Laos to the east, India and China which borders the North and Bangladesh to the West. Maw Sit Sit is found in the Tawmaw mining district of Myanmar in the Himalayan foothills and the stone is named for the village of the same name, which is located nearby. The mine sits on a plateau within the Uru River drainage basin and is nearly inaccessible during the rainy season; March through October. 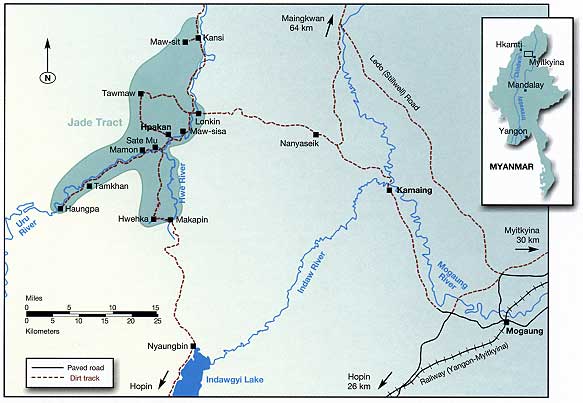 How  is Maw Sit Sit mined?

Mining Maw Sit Sit is still mined in the same manner as Imperial Jadeite has been mined for centuries; by hand, in the mud. The only modernization has been the addition of power tools and dynamite. Due to the fact that the mining area is very remote,  and that trucks don’t travel well to the site, miners have to continually dodge the automobile graveyards of those less-fortunate vehicles mired in the muck.  Miners have resorted to using teams of elephants to un-stick the vehicles from mud holes during the rainy season. 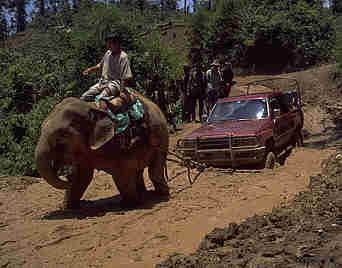 Elephants shriek and strain to pull a stranded truck from the mire of the Hopin-Hpakan road. Photo: R.W. Hughes

The rock in generally pulled from the mine, inspected by miners and “experts” on site and then shipped to a larger village to be graded and sold for cutting. The raw stone really doesn’t look any different on the outside than the ordinary stones sitting next to it; gray/brown and caked with mud.

Often the miners will inspect a stone for several minutes and then toss it aside because they can’t figure out whether it is a valuable piece of Maw sit sit or just a rock.  The dike being mined is estimated to hold years worth of material so even though the stone is rare, it’s not likely to run out in the near future. 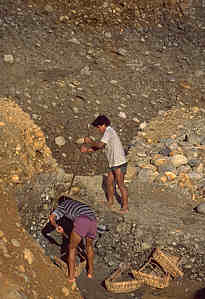 How to care for your Maw Sit Sit:

If you are fortunate enough to purchase a piece of rare Maw Sit Sit, treat your Maw Sit Sit as you would turquoise; never put it in a steam, ionic or sonic cleaner; use only soap and water to clean it.  Don’t expose your stone to extreme temperature changes and be careful to store it away from harder stones that could scratch the surface. 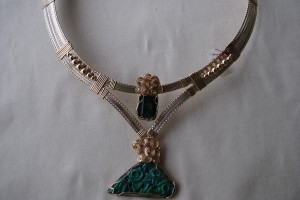 Wrapping it all up:

Maw Sit Sit is a beautiful stone, rare and unusual in both look and name.  If you find yourself answering the question, “Oh, how beautiful, what stone is that?” make sure you have a camera handy to capture the look when you answer, “Thanks, it’s Maw Sit Sit.”

Next week’s Gem Profile will be on the sparkling Strontium Titanate! Have you created any jewelry with this that you’d like to share? Send us pictures at tips@wire-sculpture.com and they could be featured!